Weekly Romance Pick: Kim SoHyun Looking For Na InWoo On The Battlefield In River Where The Moon Rises

In this Thursday series, we are choosing THE most romantic scene of the week (and not several like before). It is an editor pick series (or a weekly dilemma to choose only one).

The selection is done from dramas airing from Wednesdays to the following Tuesdays (currently watching: “River Where The Moon Rises”, “Hello, Me!”, “Vincenzo”, “Not Yet Thirty”, “Be My Boyfriend”, “The Sweet Blood”, “Navillera”, “Scripting Your Destiny”).

Be aware of MAJOR spoilers.

This week (Mar. 24 – 30) our pick goes to Kim SoHyun running and searching for Na InWoo on the battlefield of “River Where The Moon Rises”.

To sum up, in the drama, Kim SoHyun (acting as Princess PyeongGang/Ga Jin) and Na InWoo (acting as OnDal) are now married and decided to fight the invaders at the borders in order to re-gain a high position in the political sphere.

Kim SoHyun and Na InWoo had a plan and entered the camp of the enemy. Things did not go as planned, while Kim SoHyun was taken away to a bigger camp, Na InWoo and the soldiers had to attack the invaders.

Na InWoo while fighting sent a signal to Kim SoHyun through the sky to come back quickly to the camp. 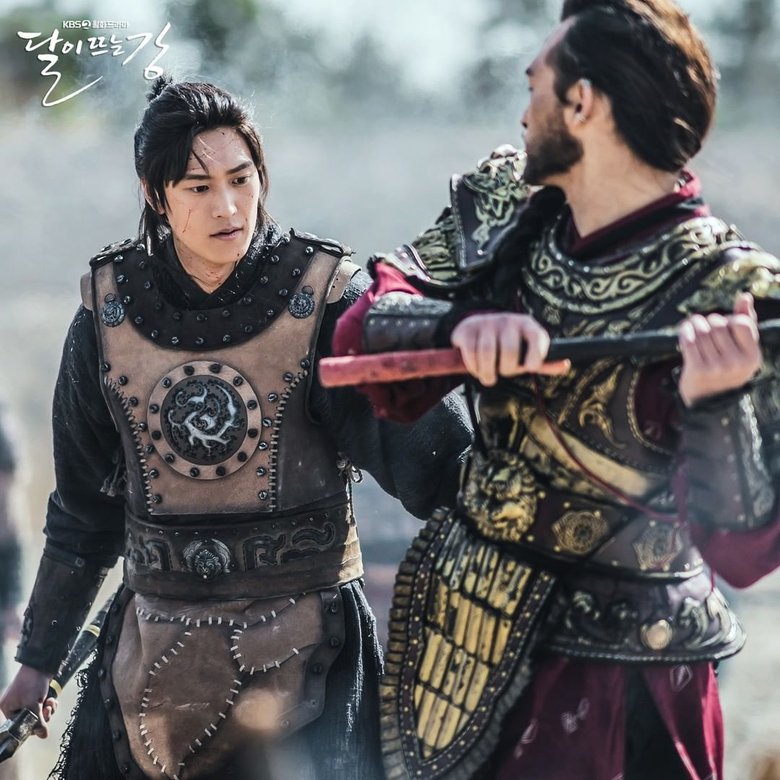 She rushed back to the battlefield and looked for Na InWoo killing enemies on her way.

On his side, Na InWoo was holding the cherished half of the pendant they share with each other. He was calling her name and saying that he missed her.

It is only at the end of the battle that she ended up finding him exhausted and hurt on the floor.

Relieved to find him alive, Kim SoHun hugged him. Smiling and happy to see her despite being hurt, he said: “We won, I fought to the death. Ga Jin, you are my Goguryeo, you are my country”. His loving stare said it all.

She softly said “Thank you for staying alive” and kissed him. 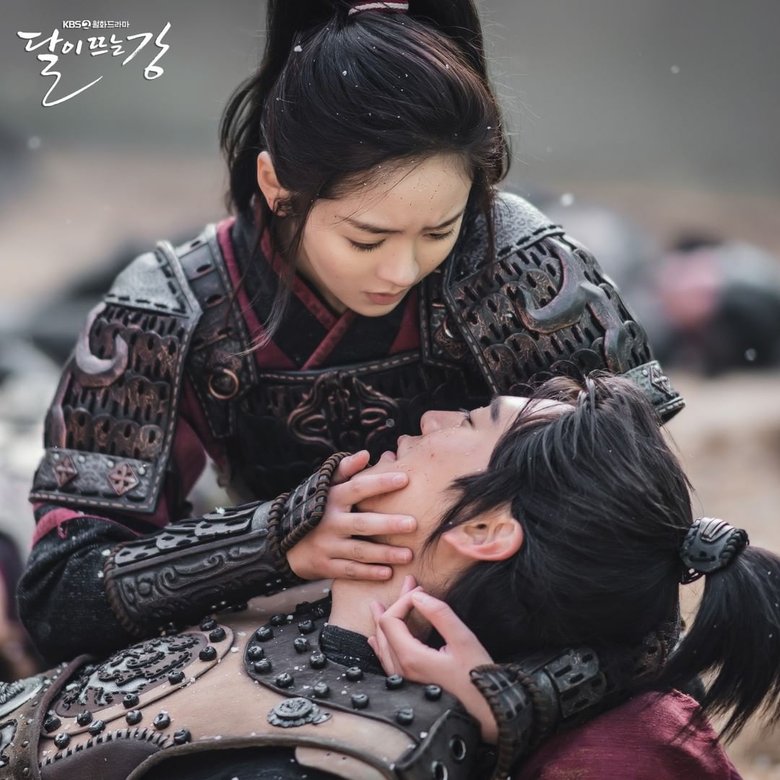 See you next Thursday!

Don’t forget to share your favorite romantic scene of the week in the comments!